GERMANTOWN, Maryland –PCTel is bringing its antenna and test segments into a single business unit — not all that unlike the end-to-end set-up at its facility in Germantown, Maryland.

Inside a brick building in a tree-lined office park, PCTel’s office is a microcosm of the company’s work: engineers sit on one side of the building, doing their design and number-crunching work amid a grid of cubicles. Stroll to the other end of the floor and racks of test equipment hum softly as they go through calibration and validation and are then packaged up on the other side of the same room and shipped 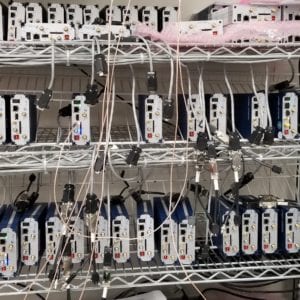 out to customers. There is a major middle step that takes place elsewhere — those engineers’ designs are manufactured in China and shipped to the office for assembly and final testing — but the company manages to integrate a broad range of its activities into a single spot.

PCTel is a unique player in the test and measurement space, in that it designs and produces both test equipment (which accounts for about 25% of its revenues) and antennas (about 75% of revenues). So the company sees the network hardware and testing markets from a firsthand view into both — and it has been seeing more convergence in the industrial IoT, public safety and 4G infrastructure markets that it serves. To address those markets as well as 5G, the company announced a major reorganization this week, effective immediately, that consolidates its design and manufacturing of antennas and related wireless products — its Connected Solutions segment — with its RF Solutions segment for test and measurement.

Rishi Bharadwaj, who has served as PCTel’s SVP and GM of Connected Solutions, will become COO of the company, and Arnt Arvik, who was VP of global sales for the company’s test business, will lead the combined units’ business sales and development as Chief Sales Officer.

“In recent years, we’ve found that many of the same customers need performance critical antennas, radio systems, and test and measurement tools to verify wireless networks. This reorganization will facilitate faster growth in key vertical markets such as wide area industrial IoT, public safety, rail, and transit,” said David Neumann, the company’s CEO, in a statement. “Rishi and Arnt are both forward-thinking leaders with a deep understanding of our markets and technology.” 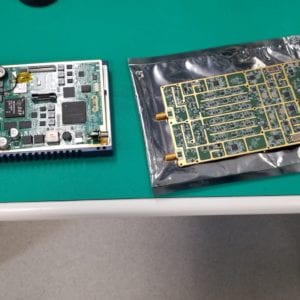 Bharadwaj said that PCTel’s “combined organization will be able to leverage our expertise in radio frequency engineering, electrical and mechanical engineering, product quality and testing, and wireless network engineering to solve complex problems for the world’s leading network providers, integrators, and equipment manufacturers.”

During a recent visit to PCTel’s Germantown, Maryland office, Neumann and SVP and GM Jeff Miller discussed some of PCTel’s areas of growth: antennas for IoT applications, small cells (Huawei is a major customer) and other emerging infrastructure needs in the public safety space, as well as interference hunting. PCTel is investing in supporting millimeter wave test for 5G deployments. The company added support for License Assisted Access to its IBflex scanning receiver in July as well.

Paul Kinderman, VP of EMEA sales for PCTel, said that the company’s customers are interested in how they can make more frequent use of the equipment that they’ve already purchased — taking it off the shelf for more than just deployment or benchmarking, he said. The return on investment for the equipment improves the more often it can be used, and the more technologies and capabilities supported.

“4G is going to be around for a long time, so having test solutions that support 5G, 4G, and 3G all at the same time — that makes it much more effective, to lower the cost of test,” Miller said.

Watch the interview with Neumann below: